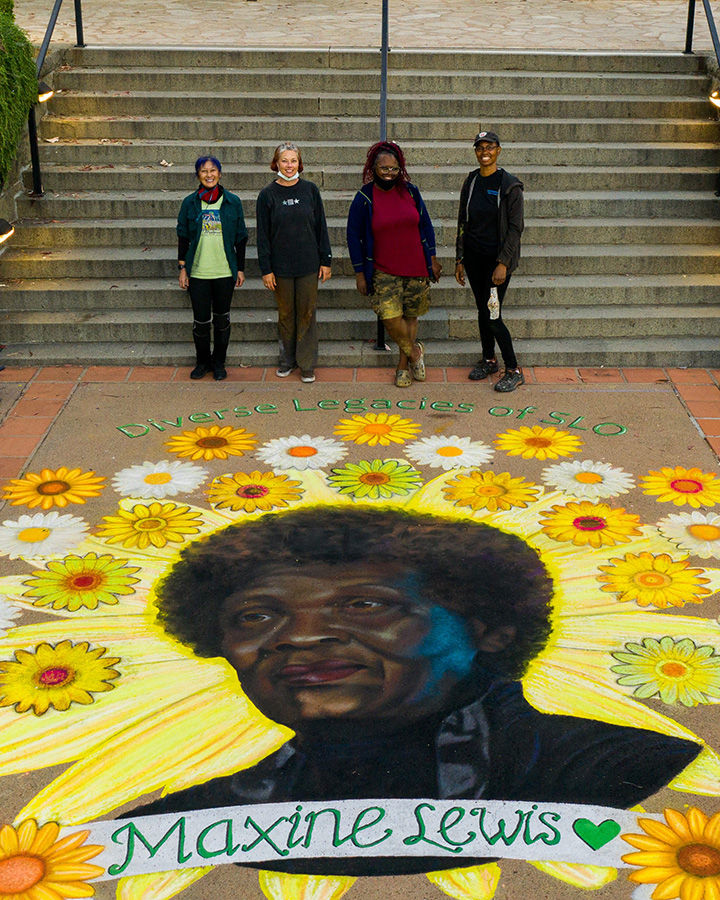 If you are healthy, we invite the public to stop by Mission Plaza! Grab food, take a seat and watch some artwork come to life! A group of chalk muralists and Renoda Campbell will be creating a 20×20 chalk mural of Maxine Lloyd Lewis from Thursday, June 25 to Saturday, June 27.

Lewis was best known for her work as an activist on behalf of community members in need in San Luis Obispo. In the more than two decades that she devoted to serving the community, Lewis received over 15 awards for her efforts. The former homeless shelter on Orcutt Road bore her name until 2018, when its services were merged with the new 40 Prado Homeless Services Center.

The quote being used in the design from Maxine Lewis: “give them a flower while they live — not when they are dead.”’  “We’re just trying to bring a little sunshine into someone’s life. Or just to let them know we care,”

If you are unable to attend, don’t worry, we will be posting photographs after it is complete! Please remember to wear a face covering and to practice physical distancing while out and about!

The public art will be created during the City’s new Open SLO Program, a new pilot program that expands the use of city streets and other public spaces to support physical distancing and the economic recovery of local businesses.