The Palm Theatre is an independently-owned and operated movie theatre which showcases a variety of independent, foreign, arthouse, and mainstream cinema.

The beginnings of the Palm Theatre go back to 1973 when then-students Jim Dee and Paul Karlen hosted on-again, off-again screenings of a diverse selection of short and full-length films under the banner of The San Luis Obispo Zoopraxographical Film Society, or Cinema Zoo.

In the summer of 2004, the Dees installed 98 solar panels on the roof of the Palm, becoming the first movie theatre in the United States to become solar powered. Additionally, a white reflective roofing material was added for additional environmental benefits. In 2012-2013, the Palm fully converted to digital projection and 5.1 Dolby sound on all three screens. 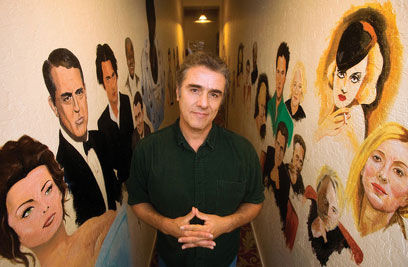