Seven Sisters (Celestial Subduction) is an ambitious mural project whose inspiration emerges from an unusual intersection of “Seven Sisters” phenomena and mythology. The beloved series of Central Coast peaks, known by this name, sparked the original idea. This piece time travels to the origin of their formation, when a sub-aquatic geologic event called “subduction” led to powerful volcanic eruptions.

In another time and space, the “Seven Sisters” star cluster would pique the interest and devotion of numerous global cultures and faiths. The Pleiades, in Greek mythology, are also known as “sailing ones” or “crying stars,” said to have caused the great flooding of the earth with their celestial tears. They were the seven daughters of the sea-nymph Pleione, and later changed into birds to protect them from Orion’s advances. As the story continues, these seven doves flew toward the heavens and became stars that greatly aid sailors in nautical navigation. A Chumash myth of Seven Boys/Geese/Stars offers a beautiful parallel narrative. Find this mural on the back of the Fremont Theater and the accompanying Laird Building wall on Higuera Street between Santa Rosa and Osos.

Maria Molteni (They/She, b. 1983, Nashville) is a transdisciplinary artist, educator, organizer, and mystic. They received a largely formalist art education, studying oil painting, printmaking, and dance at Boston University. Molteni’s work features a systematic, intentional, and site-specific approach requiring a laborious process of paint mixing and complex design systems often rooted in cosmic quilting motifs (such as “the friendship star” and “seven sisters” patterns present in this work). They engage in extensive research to gather imagery from academic, folkloric, and mystical/spiritual sources. 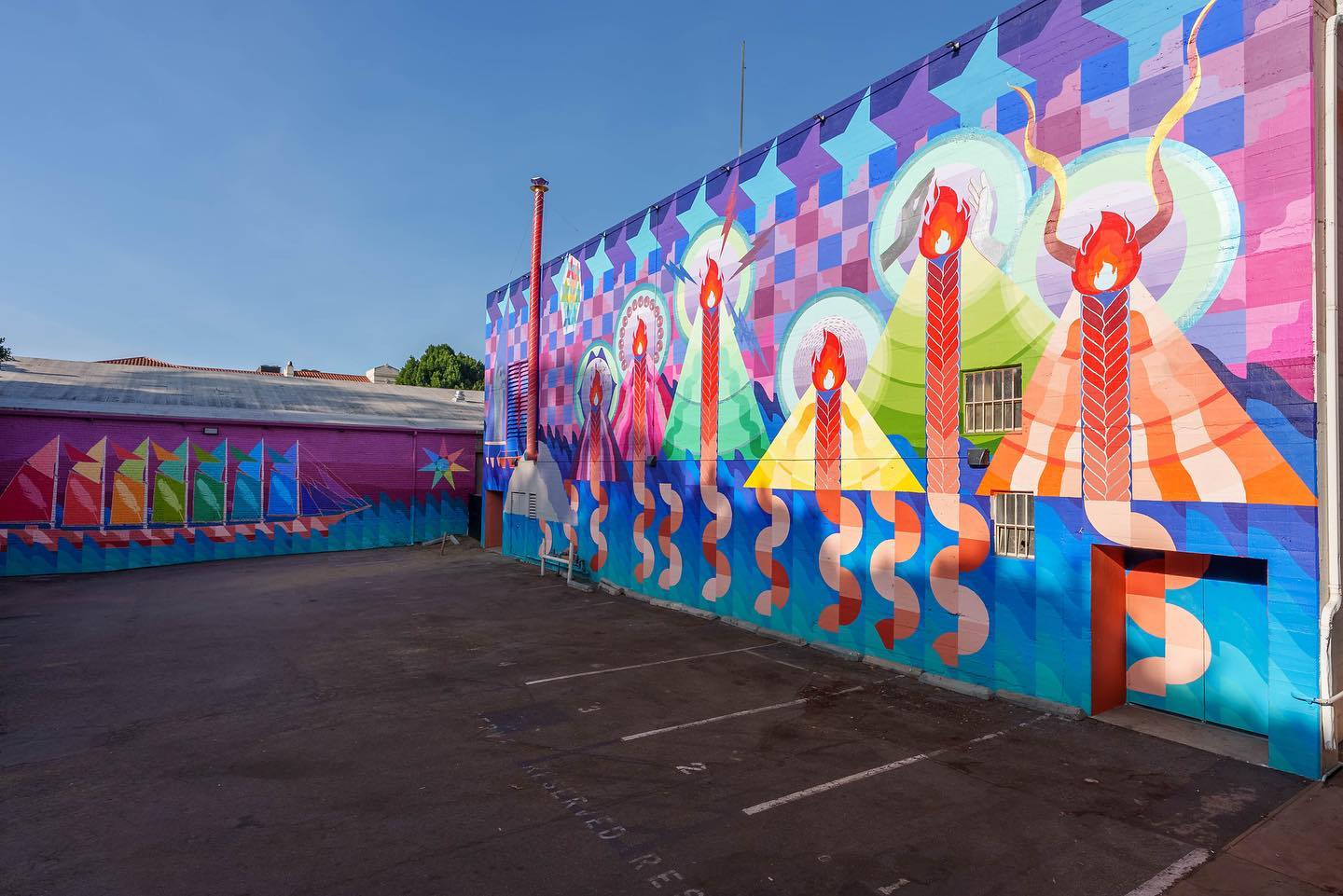